3 Ways Learning Another Language Will Benefit Your Career 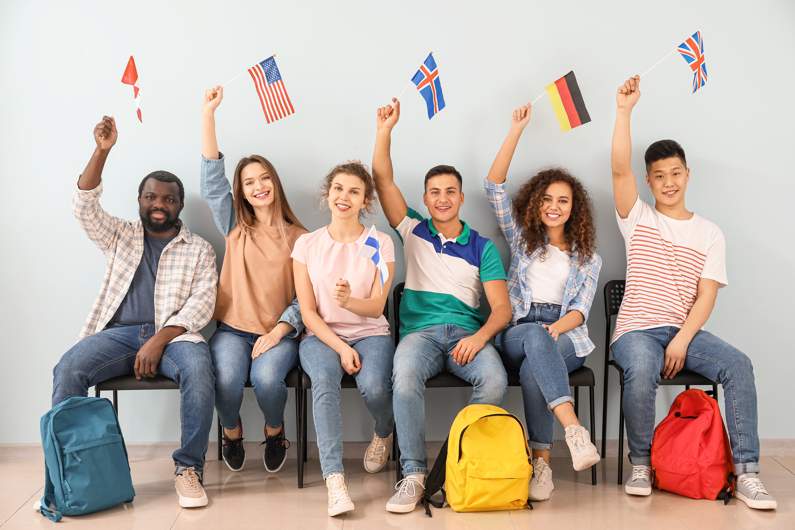 Did you know that approximately 43% of people speak two languages, and another 17% speak more than two languages? So, if you can only speak one language, you’re in the minority.

Have you ever thought about learning another language? Maybe you want to plan your dream vacation in a foreign locale and want to be able to speak with the locals in their language. If you have no immediate travel plans, you might instead be motivated to learn another language to communicate with friends in their mother tongues.

While those are good reasons to have another language under your belt, another good reason is to strengthen your job and career prospects.

Keep reading to see three ways learning another language can benefit your career or help you find a job. Who knows – maybe you’ll decide that now’s the time to broaden your linguistic horizons.

You can take advantage of new opportunities

Have you heard about the so-called Great Resignation? During the COVID-19 pandemic, the U.S. labor market experienced a high churn rate. A lot of workers quit their jobs in 2021. According to one study, the main reasons for these resignations include a lack of opportunities and low pay.

But here’s the thing – you can unlock many new jobs and career opportunities if you learn another language. Some companies want bilingual or multilingual employees for specific roles. If you want to work for a company that has an international presence or that serves a region with large immigrant populations, being able to speak multiple languages is a plus. Such companies might require that candidates be bilingual or multilingual.

You can qualify for higher pay

The U.S. Department of Labor reports that employment opportunities for interpreters and translators will likely expand by 24% from 2020 to 2030. It adds that this is faster than the average projected growth across different industries. The same source notes that there were 81,400 interpreter and translator jobs in 2020, and that such professionals can work in various settings like schools, courtrooms, hospitals, and conference centers.

When there’s a demand for workers with special skills, there’s usually a corresponding increase in salary. Are you currently employed but want a raise? Learning a new language might make you more valuable to your company, and this could lead to more duties and a pay increase.

If you learn and become proficient in more than one language, you’ll want to tell your current employer or ensure you share this with prospective employers. You should consider looking at some translator resume templates to learn how to highlight this valuable skill to employers.

You can boost your odds of getting a job offer

If you’re one of many promising and qualified candidates applying for a job, how can you set yourself apart? One way is by knowing two or more languages. If the company you want to join has customers whose mother tongues are not English, you’ll stand out if you can speak one of these languages. You’ll be a keeper if you’re multilingual and can communicate with customers in languages they’re more comfortable speaking. You’ll become more valuable to your company.

Whatever industry you are in or want to break into, being bilingual or multilingual can only help your chances of succeeding and getting ahead.