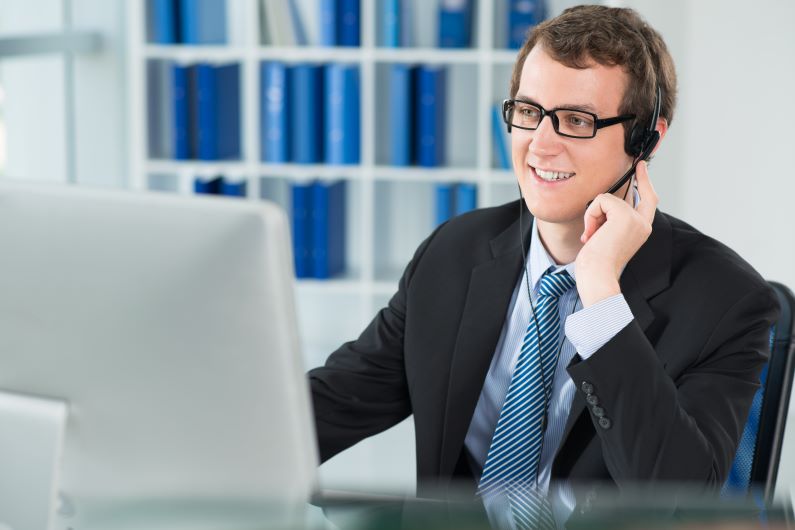 It’s an old dream that pops up in science fiction time and again: on-the-fly language translation that lets speakers of different languages communicate as if they understood each other directly. In Star Trek, Kirk and Spock have their tricorders, and in Douglas Adams’ Hitchhiker’s Guide to the Galaxy, a “babel fish” burrows into your ear to send a translation directly into your brain.

Now Skype, the super-popular video call service recently acquired by Microsoft, unveiled that they are working on a similar technology — no fish or Vulcans required.

Back in May at the Code Conference in Rancho Palos Verdes, California, Microsoft unveiled a prototype for a new Skype feature called Skype Translator. Microsoft CEO Satya Nadella demonstrated the “near real-time” translation service by calling a German friend and conducting a conversation with him — in German and English.

The feature listens for pauses in the speech, recognizes and translates it on the fly, and serves a text and text-to-speech output to the other party. “It is early days for this technology but the Star Trek vision for a Universal Translator isn’t a galaxy away and its potential is every bit as exciting,” said Gurdeep Pall, corporate vice-president of Skype.

The company, which connects 300 million users every month for over 2 billion minutes of calls, says it’s been working on real-time machine translation for over a decade. The first language pair to be good enough to work is English-German, and Skype Translator is planning to launch the service this fall with a beta app for Windows 8 — but not necessarily for free.

“It’s been a dream of humanity ever since we started to speak and we wanted to cross the language boundary,” said Nadella.

Time for translators to look for other work?

Does this mean it may be time for professional translators and UN interpreters to hang up their jobs and look for other work? Not so fast: like all machine translation, Skype Translator may one day become a useful tool for casual conversations — but the risks for using MT for business and professional use remains high.

As amazing as this science-fiction inspired technology may be, some argue that it will never be able to understand every nuance of human speech. Sharp-eyed observers will even spot minor but telling mistakes in Microsoft’s demo video (hint: take a look at 0:46), making it clear that professional translators won’t need to fear for their jobs any time soon.