Interview with an English to French Translator: Mike 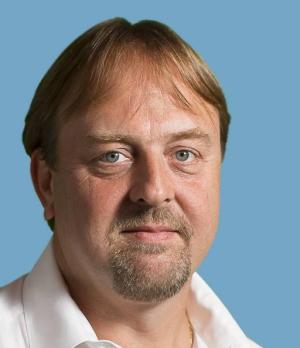 Education: Bachelor of Arts in Translation (Dutch and English into French), from the Ecole d’Interprètes Internationaux of Mons, Belgium.

Languages: French, English, Spanish, Dutch, German and some Italian. I only translate from English, Dutch and Spanish, but I love languages in general.

Who are some clients you have worked for? I’ve worked a lot for the UN, the World Bank, the USAID and other NGO’s. I’ve also worked for Adidas, and translated most of the “Impossible is Nothing” campaigns into French. Today, I mostly proofread translations and concentrate on project management.

Favorite thing about being a translator: I love the ability to set my own schedule, as it gives me all the flexibility I need to practice kiteboarding and to go on the water when the conditions are optimal. Until I had a daughter, it also offered me the possibility to travel and still be able to work from anywhere.

Least favorite thing about being a translator: Deadlines can be stressful. Customers often take a long time to draft a document, and then expect it to be translated in half the time it took to write it. I also dislike being alone in front of a computer for too long. While most people look forward to going home after a day of work, I want to get out at night when I am done working.

What I like to do in my spare time: I like to go kiteboarding to forget about job-related stress. I also like to spend time with family and discover new places.

Most exciting thing I’ve ever done: In 2014, I went on 2-day kitetrip on the North West part of the Dominican Republic and did a 20 km downwinder from a tiny island near Punta Rucia to Buen Hombre (a small fisherman village). Kiteboarding in flat crystal clear water surrounded by mangroves was the most impressive experience in my life. It was a real challenge, and I lost 3 kilos in the effort. This was probably my biggest challenge.

Favorite place in the world: It must be Cabarete, where I live. The other place is Barcelona where I regularly go for business and to visit friends. It’s the exact opposite of the town I live it, but I love the climate, the culture, and the fun of that city.

Favorite words in the languages you speak: I recently started to study German again (last time was in high school). I fell in love with the word Herausforderung which translates as “challenge”. It’s not a particularly sexy word, and it took me a while to remember it, but it conveys the challenge that represents learning a new language. In French, it would be concupiscence, I just love the way it sounds. In Dutch, I like the word lekker (delicious, nice). It is used a lot in the Netherlands.

In Spanish, I love so many words, but my preferred expression must be Mi amor which is used very frequently in Dominican Spanish. You could be saying it to a complete stranger and they would not be offended. Another favorite Spanish word is grandulón, which can be used to describe a tall or child-like person.