What Does a German Elephant Say? Translating Onomatopoeia 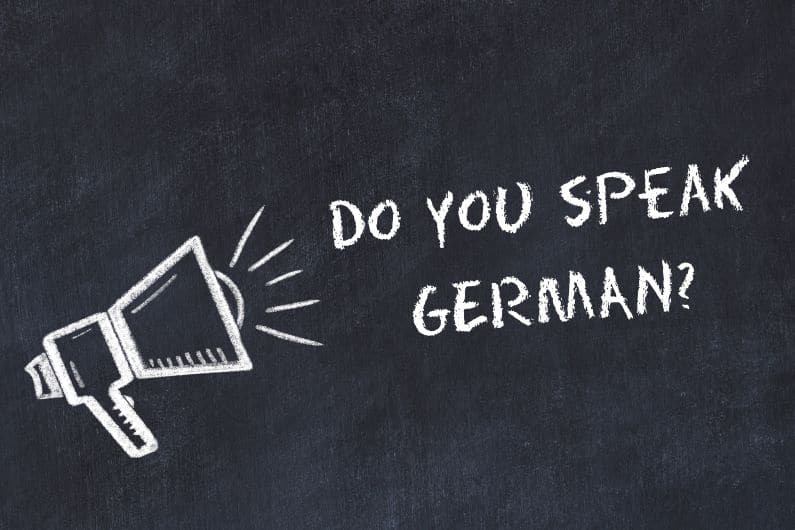 The proper term is “cross-linguistic onomatopoeia,” but James Chapman just calls them “sounds in other languages”: from the crying of a baby in Spanish (buá buá), the crowing of a rooster in French (cocorico),  the clicking of a camera in Russian (shchyolk) to the ringing of a telephone in Italian (drin drin). On Wikipedia you can find an exhaustive list of words describing noises from around the world.

If an exhaustive list isn’t what you’re in the mood for, you can always hop over to James Chapman‘s site, where he posts cute illustrations every week, like this one of splash, plouf, & zabun (that’s summertime splashing). Our favorite is the International Guide to Shutting People Up.

Do we hear differently depending on our language?

Could this difference in onomatopoeia mean that we hear differently in different languages? According to an article by Science Daily, the answer could be yes! The sound patterns recognised by native speakers of a language can have an effect on how foreign sounds are perceived. Although usually restricted to other languages, the rhythm of our native language determines, to an extent, how we verbalise non-linguistic sounds such as bang, woof or splat.

However, there may be a cultural element as well as a linguistic one. As described in an article from The Guardian, the variety of animal sounds in one language may depend on a country’s relationship or exposure to that specific type of animal. The UK, for example, has a high dog ownership, and therefore has many different dog sounds. Australia, sharing the same language, have a sound for a camel (grumph), after the animal being introduced to the outback. In UK English, however, there is no word for the sound a camel makes.

Translating onomatopoeia is one of the many challenges translators face when dealing with a text. To get it right, a human touch makes all the difference! Machine translation may be improving by the day, but it takes creativity and imagination to truly capture subtleties like onomatopoeia, metaphor, and humour. How could this effect you as a translator or as someone in need of translation services? Advertising and marketing, for example, relies on effective communication with the reader, with all the subtleties and connotations of the original preserved in any language, be it French, Spanish, or even Korean.

Here at BeTranslated we are not only translators but also lovers of language! Need a translation that will take special care to preserve and adapt the cultural references, idioms and style of your text? Request a quote today!

Oh, and to answer the question — in Germany, the trumpeting of an elephant sounds like this: töröö!