May 6, 2022 | Adventures in Globalization & Localization, Culture 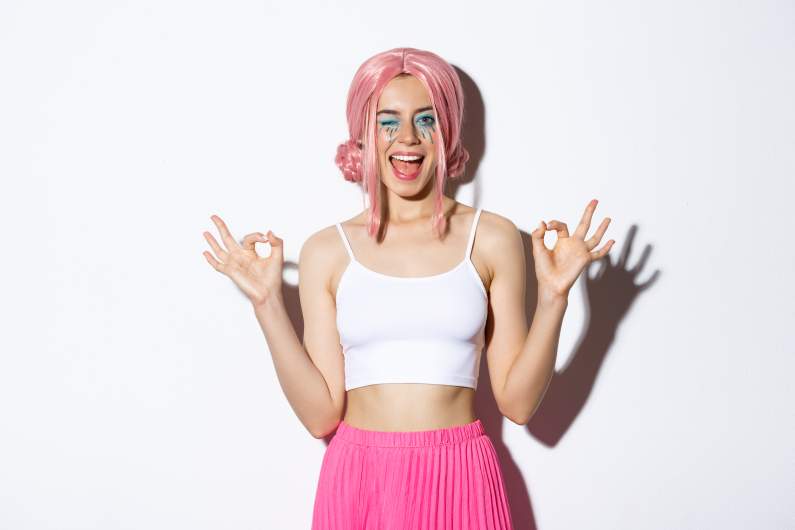 Anime enjoys an important place in the cultural landscape. Because anime films enjoy such a broad audience, there is a need for accurate Japanese to English translations.

So whether you are addicted to Crunchyroll or you simply love foreign films, you’ll want to read on to find out how original Japanese content comes to your TV in English.

An essential thing for anyone translating anime from Japanese into English to keep in mind is that translating words is only one part of the equation. Ideas are being transferred from one culture to another. Sometimes paraphrasing is the best way to represent the different ideas being expressed.

Depending on the anime film’s setting, cultural references might be at risk of being lost in translation. Some words or terms used in Japanese require a functional, rather than a literal, translation. Paraphrases need to make sense with the visuals for the full impact, or the effort might fall flat.

Despite paraphrases needing to include careful wording to have the full effect, they are often the best option. With Japanese and English being drastically different languages, word-for-word translations often lose most of the meaning.

Going with a paraphrase allows a translator to keep the initial concept while using different wording for the dialogue to make sense.

Dubbing using British English is rare in anime, with one of the primary reasons being that anime has always had more of a following in North America. Most of the subtleties between the two types of English involve specific words, such as “crisps” instead of chips.

Will the characters speak in English through dubbing, or will they speak in Japanese with English subtitles?

This is an important decision that involves more factors than the cost. Sometimes, having the dialogue spoken in English changes its meaning and would require getting the inflection right to make sure none of the meaning gets lost.

One way to decide between dubbing and subtitling is to have someone read an English translation of the dialogue aloud. If the tone and inflection when read in English are in sync, dubbing is likely a safe option.

Because it is better to avoid making the switch from starting using dubbing to using subtitles after production, proper planning during the translation stage will make a difference.

One of the most important things to remember in syncing the spoken lines to the animation is making sure the actor can match the timing and tone of the original Japanese. A technique known as Audio Dialogue Replacement (ADR) helps ensure proper syncing.

Those without video editing experience will benefit from an ADR technician proficient in English and Japanese.

Subtitles avoid many of the problems associated with dubbing, including the higher cost.

However, going back through the track to ensure the captions occur within the proper time frame is essential. A check for accurate spelling and punctuation is also necessary before the film goes live.

Putting it all together

Once a video content producer has figured out how they will deal with the translated material, the next step is to put everything together to ensure that the translation works as expected. The last thing anyone wants is a translation that has gone wrong that is only discovered after release!

A preview of the video before its public release can help catch any errors involved with the translation. If the content has been dubbed, listening to the audio with earbuds or headphones makes it easier to catch any mistakes.

Creators will need to follow a similar process to double-check subtitles for inaccuracies.

One of the ways to make sure the text is accurate and syncs with the characters’ movements is to slow down the playback speed. The slower pace makes it easier to see whether the dialogue is catching up as it should.

After checking to make sure everything syncs properly, creators may want to ensure no changes are required to the images because of dialogue changes.

For example, if a character is supposed to be angry but the facial expression is out of sync, making a change would be necessary. Dialogue and character expressions that match create a more believable storyline.

Translating anime for English speakers may sound complicated, but proper organization makes all the difference. Anime is such a major cultural force that all efforts to bring this art to a larger audience are worthwhile.

The translation process is sometimes tricky because of the differences between English and Japanese. However, paraphrasing or translating concept-for-concept instead of word-for-word usually results in a translation in the spirit of the original text. Although most English-speaking anime fans use American English, creators can translate anime for British audiences by keeping the differences between the two types of English in mind.

Choosing between dubbing and subtitling is essential because both methods have unique pros and cons. Dubbing is a popular choice that may easily mimic a film created in English. Subtitles are also popular and relatively easy to follow.

Once creators have gone through all the steps and checked everything for accuracy, the anime will be ready for new English-speaking fans to enjoy.