How Translation Project Management Is Like Air Traffic Control 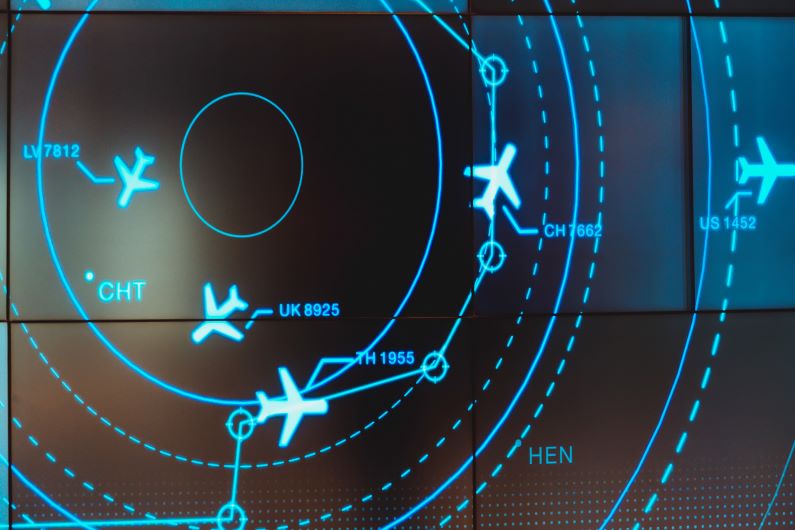 I was on a flight from New York to Dakar, Senegal, working on translating a pitch for a German TV series, when it hit me that translation project management and air travel share a lot of striking similarities.

Both air travel and translation are functions of globalization: the first in a physical sense, literally bringing people together and making distances between countries and continents shrink, the second through bridging linguistic divides, connecting individuals and businesses by translating and localizing their content and communications.

The more I thought about it (I had plenty of time: the flight from JFK to Dakar’s Léopold Sédar Senghor airport takes 8 hours), the clearer the parallels became. Let’s look at it step by step:

Translation projects and commercial airline flights can’t be launched on a whim. Both need meticulous, careful preparation to make sure they come off without a hitch.

The first thing any flight requires is a flight plan. The two crucial considerations are fuel calculations to ensure the plane can reach its destination in the most cost-effective way and the best choice of a route by selecting airways and waypoints that comply with air traffic safety regulations and ensure a successful and efficient flight.

Similarly, once a translation project has been commissioned, the project manager has to create a project plan that guarantees the successful completion according to the client’s specifications. The right translators for the required language pair(s) have to be found. Deadlines and project milestones need to be identified. Estimates have to be calculated in much the same way a flight planner calculates the minimum necessary fuel load to guarantee a safe flight.

Now the client can send the files (and the ground crew can board the aircraft) — but even with the passengers in place, the plane/project isn’t quite ready to get off the ground yet.

Before take-off, the captain goes down his pre-flight checklist and mechanics will conduct one or more “walk-arounds” — the so-called physical external check, looking for impact damage, fuel, oil or hydraulic leaks, or blocked ports.

Before a translation project can get off the ground, the project manager also conducts a number of mission-critical checks. Depending on the file format the source texts arrive in, text has to be prepared, segmented, and aligned. Terms have to be extracted and researched, glossaries and term databases created. Translators may need special instructions about file formats, naming conventions, or special project terminology.

In both cases, launching the flight/project without taking all necessary precautions can be fatal.

Once our translation project/transatlantic flight has taken off, it enters a new phase. The role of the translation project manager, which is to say, the air traffic controller in charge of the flight, changes. With all the appropriate planning and preparation completed, they are now more concerned with monitoring and controlling during the flight/translation itself.

In a modern aircraft, flight management systems handle a wide variety of in-flight tasks — to the point where they don’t even any longer carry flight engineers or navigators

It’s tempting to compare the so-called “auto pilot” to modern CAT (computer aided translation) tools. And while translation memories and machine translation can make any translation project easier, they can never replace human translators — much like you wouldn’t send a commercial civilian airliner on its way without a pilot and a computerized flight management system alone.

During the duration of the flight, en-route air traffic controllers monitor the flight and stay in radio and radar contact with the aircraft. They can direct the route, instruct it to climb or descend, provide information about weather conditions and handle unexpected events, such as emergencies or unscheduled traffic.

During this stage in the project, translation project managers often feel like they are sitting in an air traffic control tower as well. Like John Cusack in the 1999 comedy Pushing Tin, they have to multitask to the extreme, dealing with changes in project scope, translators no-shows or delays, additional files, delayed deliverables and time-zone management without succumbing to the stress inherent in juggling incoming and outgoing files in countless languages and formats at all times of day and night.

Whether it’s turbulence or corrupted files without proper backups, this stage of the project/flight is about dealing with unexpected complications while keeping the clients/passengers as happy as possible and bringing the flight/translation in for a smooth, on-time landing. Often, this involves having the cabin crew go around one more time with appeasing smiles and free alcoholic beverages while the flight goes for another “go around” in a holding pattern and the final document is sent for one more round of proofreading.

As my flight landed on schedule in Dakar, I was grateful once again for the smooth cooperation between flight attendants, in-flight and ground crews to assure a safe and pleasant trip. These days, we take air travel almost for granted, forgetting how much work, attention, and care goes into even the most routine flight.

In the same way, the smooth, on-time delivery of a translation project owes much to meticulous planning, translating, and proofreading that often goes unnoticed by the client. As the plane descends on its final approach and local air traffic controllers take over, translation project managers run final consistency checks, missing word detection, grammar checks and test advanced file formats for compliance.

When everything goes well and the project arrives safely and on time, we barely notice any turbulence and perhaps even took a little nap that keeps the worst effects of jet lag at bay. On our way to claim our luggage, we thank the crew who waves and says, “we hope you choose to fly with us again in the future.”

Like any airline, a good translation agency aims to build a long-term relationship with its valued customers, project by well-executed project. The only thing missing are platinum “frequent translator” accounts that grant clients access to a VIP lounge while we prepare their next project for take-off.