Website and Social Media Translation for The Russian Market 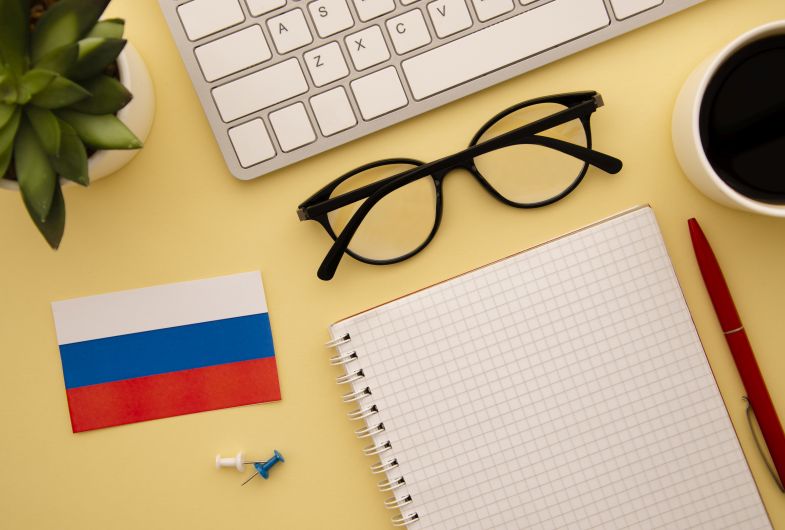 Contents
1 As simple as абв
2 Think further than Google and Facebook
3 What’s in a name?
4 Transliteration or transcreation?
5 Localize your visual content

Translation for the Russian market is a lot more important than one would initially think. With more 170 million native speakers and an estimated 100 million second-language speakers, Russian has a significant global presence. It is an official language not only in the largest country in the world, Russia, but also in Kyrgyzstan, Kazakhstan, and Belarus. It is also widely spoken in many former Soviet republics including Ukraine, Georgia, Moldova, Latvia, Lithuania, and Azerbaijan.

Considering the millions of Russian speakers worldwide, it is no surprise that many businesses have already seen the importance of translating their websites and other online content into the language. Is this something you have been thinking about for your business? Let’s take a look at some of the issues you should be aware of and discuss with your professional translation service.

As simple as абв

Formatting and length of a text can play an important role in translation, from tourist pamphlets to product instructions, and most certainly websites and online content. Languages do not use the same number of characters to say the same thing; this is called the expansion and contraction factor. When an English text is translated into German, the translation is typically 30% longer than the original. However, when that same text is translated into Finnish, it will be around 30% shorter than the English.

Russian, of course, uses the Cyrillic script, and there is a significant expansion when a text is translated from English to Russian (around 15-20%). This needs to be taken into account in the translation of your website, and tweaks to the layout should be made where necessary. The Cyrillic script also uses a different encoding to Latin script, and this is something that your translation and localization service should be aware of to ensure that your Russian web content is displayed properly.

It’s easy for companies to forget that not all search engines and social media are used internationally. In China, for instance, where sites such as Facebook, YouTube, Twitter, and even Google are prohibited, residents use instant messaging service WeChat, microblogging site Weibo, and the search engine Baidu, among others.

Although Google is not banned in Russia, the most popular search engine in the country is Yandex. Similarly, while Facebook and Instagram are used in Russia by around a third of the population, Vkontakte (VK), a social networking service based in Saint Petersburg, is significantly more popular, with over 60% of Russians using it.

Cultivating a presence on these sites could play an important role in your company’s expansion into the Russian market. Rather than investing in Google Ads, why not advertise with Yandex.Direct, an advertising service for placing contextual ads on Yandex? And while advertising on Facebook and Instagram may yield some results in Russia, getting your marketing team to concentrate their social media efforts on VK could be a wise move. With all your online content, it’s a good idea to work with a translation company with a strong knowledge of SEO in the relevant language, to make sure your online presence is strong.

What’s in a name?

Let’s go back to basics for a moment: your company’s name. When branching into new markets, it’s important for businesses to research how their name will be understood and used in a different language. How easy will it be for new customers to pronounce? Is your name similar to an existing word in the language? You have to be particularly careful that, if any similar words do exist, that they are not vulgar or insensitive. In 2011 Kraft Foods made this mistake when they dubbed their new international subsidiary ‘Mondelez’ which unfortunately sounds very similar to a Russian word for a sex act.

There are many ways of approaching the adaptation of your brand for international markets. We’re going to consider two of them (transliteration and transcreation) but remember, the best option for you may be not to translate your company’s name at all. One of these methods is not necessarily better than the other, but it’s important to weigh up all your options with your translation service provider.

Transliteration is the process of transferring a word from the alphabet of one language to another, helping people to pronounce foreign words and names. The sports giant, Adidas, used transliteration in China, calling themselves 阿迪达斯 (Ādídásī), which is very close to the original brand name pronunciation and is not an existing Chinese word. Transliteration is a great way for brands to keep their name pretty consistent around the globe, but some meaning can be lost in the process. If your company name imparts a specific message that you want to retain as part of your international image, you could consider transcreation.

In an attempt to evoke the same emotions and implications, transcreation can include greater changes than simple translation, and may involve alteration of images such a brand logos. If we look to the Chinese market again, we can see an interesting example of transcreation in the car company, Volkswagen which in the original German means ‘people’s car’. It was translated into Chinese as 大众汽车 (Dàzhòng qìchē), also meaning ‘the people’s car’. The meaning was preserved but, of course, the pronunciation is completely different.

Launching a website in another country involves more than translating the written content; you must also consider the images used. Work closely with your translator to localize your website and make sure that none of your imagery could be considered offensive or have any kind of negative impact on the new audience. Some things to be mindful of are superstitions, manners, religion, and symbolic significance.

In Russia, some superstitions include not giving even numbers of flowers (they are only used at funerals) and not putting empty bottles, keys, or loose change on a table. A simple stock image on your website including one of these things may not produce the positive effect you hope to have on your potential client.

Hiring a translation agency with experience of website translation is a vital step in expanding into the Russian market, and BeTranslated has the experienced translators you need. For more information or a free, no-obligation quote, contact us today.