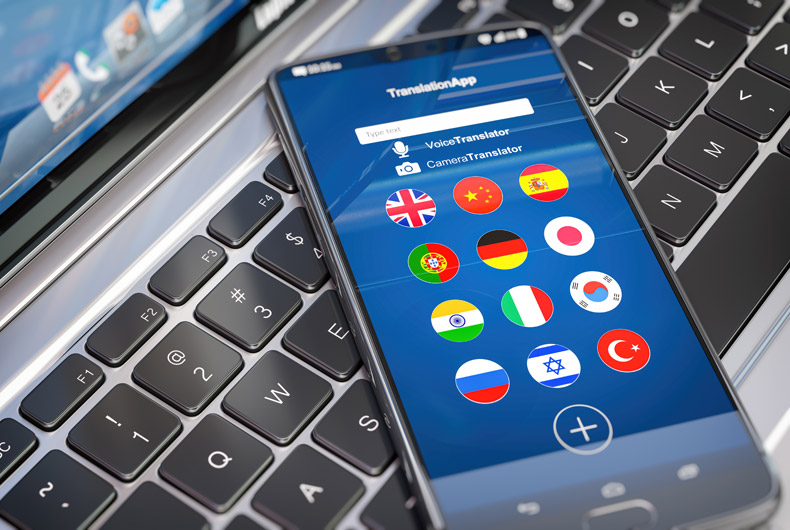 When you have a mobile in your hand, language is no longer an obstacle. With the convergence of machine learning and artificial intelligence, our phones can now do powerful zero-error language translation. There are many excellent translation applications for Android and iOS to assist you with communicating in foreign languages.

Suppose you’re a traveller, a commuter, a business professional, or in the Language Learning phase. Now, you can read, write, and chat in over 100 languages with any of these translation applications for Android and iOS.

Here are the 10 best mobile apps for effective translation for both Android and iOS.

Google Translate is undoubtedly among the most common and powerful translation applications available on your smartphone. The software supports 100 languages, including Hindi, Maltese, Indonesian, French, German, Korean, Chinese, and many others. It supports the most offline languages, including 59, of which we can use 38 to translate road signs or food menus using the camera automatically.

Google Translate supports three main input types, including speech, communication, and handwriting, besides typing and scanning. This means you can say out loud the word or phrase you want to convert, and you can also translate conversations taking place in the actual environments.

The significant thing about Google Translate is that it has these services with no advertisements or subscriptions. This is the best free translation software available right now on the market.

Microsoft Translator is also well-liked by consumers for its amazing range of capabilities, including the ability to translate text, speech, and images from over 60 languages, both offline and online. If you’re searching for a Google Translate replacement, Microsoft Translate has a straightforward interface and nothing too fancy to distract you. It’s also completely free, and it has a phrasebook of key phrases for communicating in international waters.

Since it has a name that sounds familiar to a native iOS version, iTranslate is a well-known translation application compatible with Android. The added advantage is that it also functions as a dictionary app, displaying verb conjugations, synonyms, and other information alongside the translations. iTranslate lets you read text and speech in over 100 languages and swap between dialects, both online and offline.

Just as Yandex is Russia’s Google Search substitute, Yandex Translate is simply the company’s Google Translate replacement. When you’re online, the app can translate between 90 languages, but only a few offline, such as French, German, Italian, Russian, Spanish, or Turkish to English. While it pales in comparison to Google, Yandex has slowly grown and continues to do so.

The app also has the same features as other translation applications, such as speech and camera translations, but that the latter’s scope was limited to a few languages. The app is now adding history and favourite features to save translations in line with many other users.

The translation is simple and fast with TextGrabber: aim your mobile camera at written material, and TextGrabber automatically recognizes and translates it with no internet connection. Not just records, it also has a one-of-a-kind real-time recognition feature that extracts information in 60+ languages from every surface.

Full-text translation in over 100 languages is workable with an internet connection. In the notes list, all collected texts may be saved, modified, removed, or combined.

If you often travel, whether for business or leisure, it’s not only useful to have a translation app on hand, but it’s also beneficial to be aware of the etiquette and culture of the foreign location.

TripLingo promises to provide the same and more, with text, speech, and image conversion features seen in a range of related applications, as well as cultural guides and resources, including a tip calculator and currency conversion thrown in for good measure. These instruments would undoubtedly be useful all over the world.

On the list, this is the simplest language translation application. Instead of cramming the software with functionality, SayHi Translate emphasizes the most critical aspect: translation. This app allows you to have a chat in two languages, close to Google Translate’s Conversation feature, and see the translated translations in actual time.

Voice Translator App could be the right choice for you if you’re looking for a voice translator application that lets you translate languages on the go. On a flight to a different country, it can be very useful at the terminal, petrol station, hotel, and store. It’s just in time for those looking for a simple personal translator to enable them to communicate without a language barrier.

Waygo converts Chinese, Japanese, and Korean characters into English text using a mixture of Optical Character Recognition and computer translation, seeing images, identifying appropriate text, and eventually making sensible phrases. Waygo doesn’t need to be connected to the internet to work. Use the video recorder as a digital dictionary or interpreter.

Whenever it gets to effectively translating languages, “Translate Now” is on par with the best in the industry. The opportunity to translate into more than 110 languages is what makes this software stand out. Simply type in the expression you want to translate, and the app will easily display the answers. It will even show you how to pronounce words correctly, which can be very helpful in learning a foreign language. The software has a photo translation feature that uses your phone’s camera to translate symbols, menus, and any paper text. You will use AR translation to decode the world surrounding you. Ideal for whenever you want to take quick notes on something that draws your attention while on an international tour.

Another noteworthy feature of the application is the conversation mode, which helps you to translate interactions with a foreigner when conversing with them.

If you’re travelling to a foreign country, you can use one of these Android and iOS translator applications to communicate with people who do not understand your language because technology has brought the globe closer than ever before. These are undoubtedly the best mobile apps for effective translation, and will certainly take you a long way when travelling around the globe.