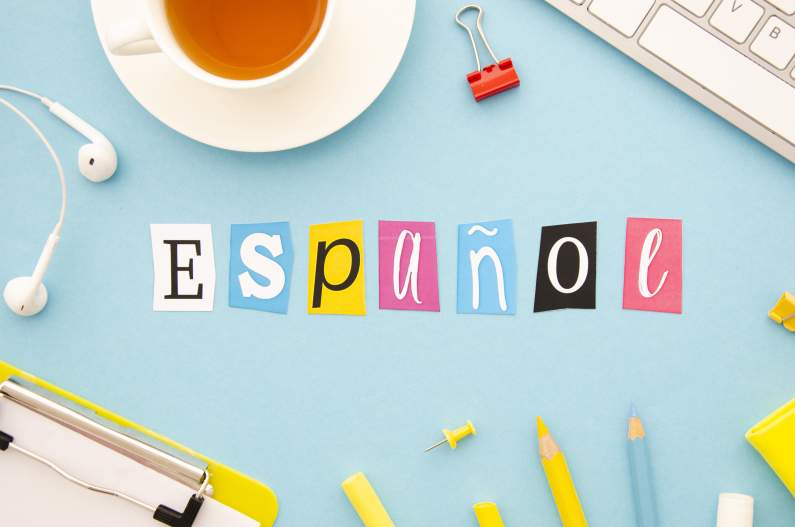 Contents
1 1. Grow your business
2 2. Appreciate art and culture
3 3. Get to know your sporting heroes better
4 4. Put on your dancing shoes!
5 5. Grab your passport

There are lots of good reasons to learn Spanish. It is the 4th most spoken language in the world with over 577 million speakers worldwide, so it’s hardly a surprise that it is one of the most popular languages to learn. In fact, by 2060 around 754 million people are expected to speak the language globally.

Spanish is the official or second language of many countries, including Spain (of course), many parts of Latin America and the Caribbean, and Equatorial Guinea. It is widely-spoken in many other countries, including the United States and the Philippines. International organizations like the European Union, UNESCO and the United Nations use it as an official language. But facts and figures aside, there are many advantages to learning this vibrant, expressive language. What are you waiting for? ¡Vamos!

Currently, more than 43 million people in the US speak Spanish as their native language, and this figure is on the rise. This rapid growth means there is a gap in the American market for a Spanish-speaking workforce. And that’s in many different fields, from nurses and social workers to teachers and translators. Latin American companies are emerging as important business partners too, and commercial treaties like Mercosur are opening up even more economic opportunities.

Spanish-language art and culture is incredibly rich and diverse, encompassing innovators like Picasso and Gaudí and stretching across continents. For film buffs, learning Spanish means you can enjoy the films of Alfonso Cuarón or analyze Pedro Almodóvar, Antonio Banderas and Penélope Cruz’s decades-long creative relationship without the subtitles. If reading is your thing, then you know that there’s more to Hispanic literature than Cervantes; try the novels of Isabel Allende and Laura Esquivel if you want to be drawn into magical new worlds, whilst you learn Spanish.

3. Get to know your sporting heroes better

Spain and Latin America have given us some of the most famous athletes in the world. If you’ve ever watched Rafael Nadal dominate Roland-Garros or marvelled at Messi on the pitch, if you learn Spanish, it will mean your post-match analysis can be bilingual in no time.

4. Put on your dancing shoes!

If there’s one thing that the Latin world knows how to do, it’s throw a fiesta. Why not combine learning Spanish with learning to dance? There’s a dance for every mood, whether you need the intensity of flamenco or the joyousness of salsa. And Puerto Rico is the place for fans of more modern music who might want to explore the culture that gave us Jennifer Lopez, Ricky Martin and reggaeton.

Last but not least, since Spanish is spoken in many holiday destinations, nomads have yet another excuse to travel. Speaking Spanish gives you access to Europe, North and Latin America and parts of Africa and Asia. It truly is a global language, so you have your pick of countries to study Spanish in. How about a trip to the Caribbean surf town of Cabarete? Catch some early-morning waves, then spend the afternoon brushing up on your grammar. And of course, Valencia is the perfect spot for European language lovers to study and learn Spanish in Spain. We have miles of beaches a stone’s throw from the city center, and the mountains offer perfect vistas for enthusiastic walkers. We look forward to meeting you!

Then once you’ve mastered Spanish, why not give Italian a go?