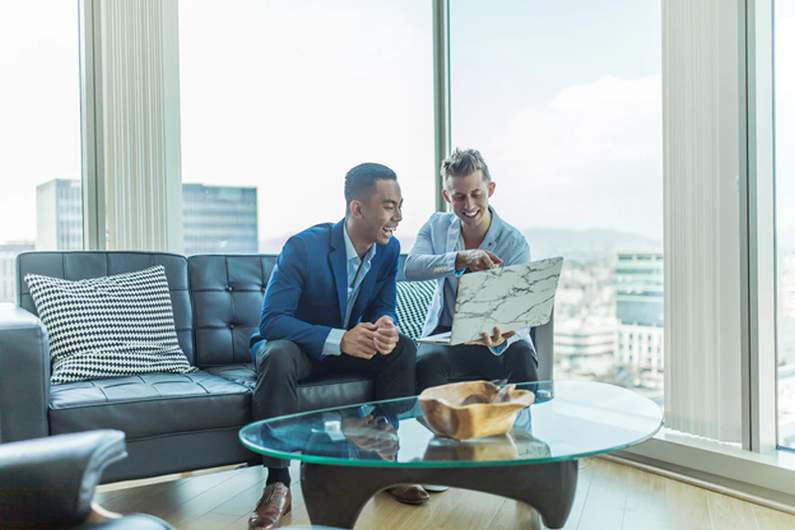 Learning new languages has many benefits, be it in your mental health, lifestyle, or professional life. Many successful people seem to have recognized the advantages of being multilingual and are dedicated to getting the chance to put those advantages to use. Let’s see what the factors are, that have convinced countless accomplished people to learn new languages.

1. Exploiting business opportunities in other countries

Most people learn a second language because they want to expand their business outside of the English-speaking countries. Nowadays, most people who are part of the workforce have some knowledge of the English language. Even if they don’t, at some point in their professional life, have to learn it. Despite how useful English is, learning the language of the country you’re planning to expand or even join its job market individually will transmit the message that you’re an effective and committed businessman.

Being proficient in a foreign language will broaden your job market as well as allow you to cooperate with your clients in various geographic locations that would otherwise be closed off. This is translated into more exposure, more revenue, and in turn, more success.

2. It rewires your brain

Typically, most of the people who are successful worldwide are super smart. They could be clever on the business strategies they employ or on any other aspect of their endeavor. However, one is never satisfied with the level of intelligence and success they have. That’s why people are always on the lookout to increase their intellect by doing activities that contribute to its increase. Learning new languages seems to be one of these activities. The human brain is incredibly elastic and creates new connections whenever we put to use the parts of the brain, which are usually used less. Creating new brain connections can make you feel as sharp as a needle in the long run.

3. Seeing things from a different perspective

Seeing things from different points of view can be useful in viewing certain issues and finding beneficial solutions to them. However, not everybody is equipped with this ‘skill’ as there are a few things one needs to do to develop it. Luckily, learning new languages can help you in this direction. Being introduced to a new language means you’re getting introduced to a new culture as well. You, as a learner, get a unique look at the culture that the language thrives in. With this new perspective, you might find yourself thinking in new innovative ways, in ways you weren’t able to before.

The English language is “lingua franca”, and most people can get away with not learning another language. Despite the fact that this could be an easier route for everyone to choose, learning a new language is a whole other deal. The number of your audience will rise, as part of it will also become people who speak the foreign language you mastered. This is why Stephen Maighan, a renowned author, entrepreneur, and speaker, has achieved as much as he did in his industry. Thanks to his multilingual abilities, he had the chance to reach wider audiences. Not to mention that if he didn’t have these language abilities, his message could get lost in translation.

5. Making sense of a country’s bureaucracy

Every country has a bureaucratic system through which it is run. However, foreigners might not be familiar with how things function in a foreign country. As we said, each country has different policies as well as tax procedures. If you wouldn’t have financial obligations to the country that’s hosting you, then maybe you wouldn’t need to have an in-depth understanding of their policies. But since you’ll most definitely will, you’re going to need to get familiar with them. The knowledge of the language in which those policies were created will most probably be of help.

Listening is an essential skill in every aspect of our life. However, its importance is especially noticed in the workplace, where listening is vital for any successful negotiation. On the other hand, learning a new language can significantly impact the improvement of this kind of skill. How can it affect your listening skills, you may wonder? Well, having to listen closely to people in order to understand what they’re talking about in a foreign language turns you into a better listener than you ever were.

7. Gaining the trust of people of a particular country

There is this stereotype that most native English speakers aren’t that keen on learning new languages. Imagine if you were one of those people that will come to break this stereotype by surprising the clients with your fluent mastering of that particular foreign language. It would make a good impression as well as be a great way to earn their trust. You show them that you’re a committed and dedicated person.

There you go, now you know why many highly accomplished people learn more than one language. The benefits of learning new languages are numerous. Do you want to join the club of these successful people? Then you can do so by taking the first step into learning a foreign language. For instance, if you want to learn English, you apply to an ESL program and as such.