Our Top 10 Films About Translation 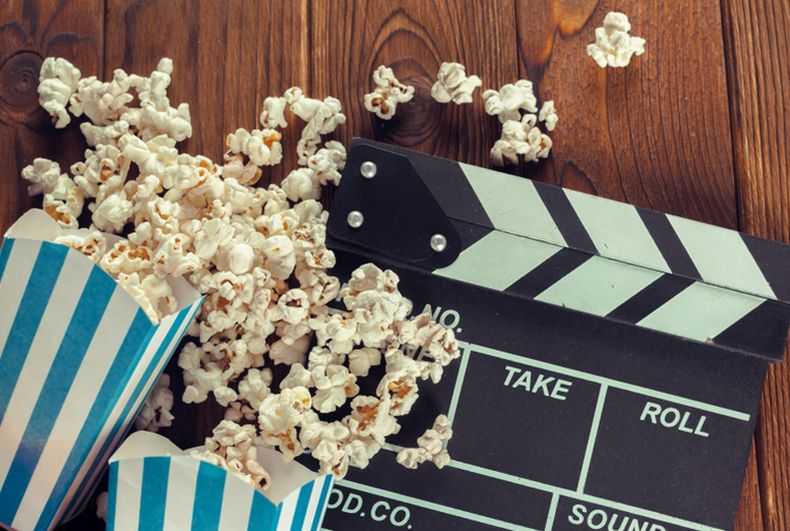 Just like literature, cinema is a great way to set off on a journey of discovery into other cultures, languages and ways of life. This interest in capturing other perspectives through the camera lens has produced many classic and modern films dealing with the subject of translation, either as a subject matter in itself or as a backdrop for some of the biggest stars in Hollywood.

The latest movie to be hitting our screens that directly involves translation is a French film, The Translators, out later this month. This movie, which puts translators at the heart of its thrilling action got us thinking about other films where translation makes an appearance. Check out our top 10!

Let’s kick off with the aforementioned upcoming French film, The Translators. This thriller tells the story of nine translators, who are hired to translate the hotly anticipated final book in a bestselling series. Things get interesting when the first ten pages of the manuscript are leaked online, and the publisher is willing to do anything to find out which translator is guilty.

An outstanding work of science fiction by the director of Blade Runner 2049 Denis Villeneuve, starring the beautiful Amy Adams as a translator given the task of communicating with some rather chatty aliens. The film delves into the process of translating an unfamiliar language and the potential effects of language barriers. Can she save the world with her translations?

Of course, we can’t talk about translation in film without mentioning this cult classic. Directed by the fantastic Sofia Coppola, the film takes place in Japan, where two Americans on holiday – Bill Murray and Scarlett Johansson – discover the delights of cultural misunderstandings and the difficulties of finding yourself far away from home, even when just for a few days. We particularly enjoy the scene with a Japanese translator and a very confused Bill Murray!

What’s the first thing you might need when detained in an airport? A good translator, of course (just ask Tom Hanks)! This film by Steven Spielberg tells the true story of Mehran Karimi Nasseri, an Iranian political refugee who had to live in an airport from 1988 to 2006.

In this political thriller, Nicole Kidman plays the role of a conference interpreter who accidentally overhears a conversation between two politicians which could put her life in danger. This film is sure to keep you on the edge of your seat with its action-filled plot, and hearing the beautiful Nicole Kidman speaking French at the start of the film is a charming moment. This film is guaranteed to please all Kidman and translation fans!

This down to earth comedy is a real must-see. The title says it all: the film deals with the meeting of two cultures – American and Spanish – and all the cultural and linguistic misunderstandings that come with it. Everything would have been much simpler with a professional Spanish translator! Claro, hombre.

Not necessarily a film about translation, but a very interesting exploration of friendship and modern industry by Netflix. In this case it is the translation of the film itself which is interesting. As we saw with the recent film, Roma, the film’s subtitles were the subject of much debate. Dealing with the linguistic differences between English and Korean is no mean feat, and at times things can get lost in translation in the subtitles. For example, in an attempt to translate a Korean joke about language learning, a character simply says their name and the subtitles say “Try learning English. It opens new doors!”

Once described by a member of BeTranslated who will remain anonymous as « to be avoided like the plague » we’ve included this film to hear your reviews! This romance by Catherine Corsini, based on the novel by Christine Angot, tells the emotional tale of the wonderful Virgine Efira an abusive and sadistic translator played by Niels Schneider. Don’t worry, our language professionals are nothing like this unsavory character and will respond to your demands in a much more civilized manner.

Perhaps not the subtlest film of all time, but certainly one with a lot of character. This hit French comedy includes some hilarious scenes of cultural and regional differences and lots of slapstick humour. Not to mention the admirable subtitling effort into English!

This comedy documentary is a fascinating insight into the world of audiovisual translation and looks at just what happens when issues of censorship and politics come into play. The film tells the story of the illegal importation and dubbing of American action and religious films to Romania in the 1970s and 1980s, and the political consequences of this cultural exchange.

What do you think? Have we missed any out? We would love to hear about your favorite translation and interpreting films! Or, alternatively, if you’re looking for the Nicole Kidmans and Amy Adams of translation services, contact us for a free quote or to find out more about our services!

Check Some Film Title Translations You Won’t Believe Are True