Work from Anywhere as a Freelance Translator 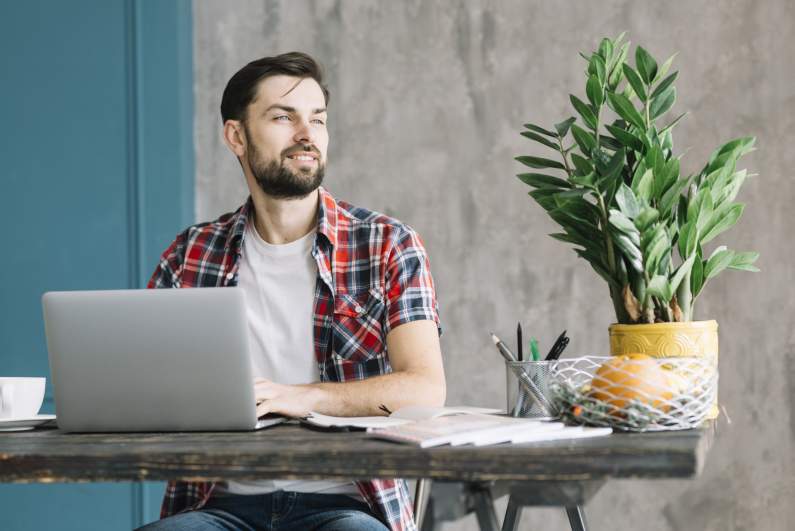 It’s often difficult to describe to people what it means to be a freelance translator. There are still some who have a hard time wrapping their heads around how anyone would or could work from anywhere but a desk within a cubicle, and you may get the combination look of disbelief and surprisingly, pity.

Somehow “freelance” translates to some as “not a stable job” and “translator” makes a few people think that freelance translators are glamorous multilinguistic great travelers of the world.

Then they ask just how many languages a freelance translator should, in fact, speak and expect them to suddenly recite sonnets in 12 different ones. They are surprised to find out that some can only speak 3; technically 2 because they are not fully conversational in the third yet. How can anyone who only knows 2.5 languages be a translator by profession, who works from anywhere, no less?

The reality of working from anywhere

To be a freelance translator, you certainly don’t need to be an expert in multiple languages. But you absolutely must be fluent in at least two of the languages you offer to translate.

And because there are plenty of good translator social networking websites, finding jobs isn’t challenging at all. Apart from freelancer websites, you can also easily find jobs on translator portals and translation agencies. You will get to work with clients, not for them. Realistic deadlines and competitive rates are agreed upon with each respecting the urgency of the project and the nature of your “office hours.”

Since you choose how often you work, you also decide just how much you can earn. For some, this can mean working by the hour or getting paid per project. Again, your schedule, your rates, your rules.

The perks of being a freelance translator

In theory, you can work from anywhere. For some, anywhere is right in the comfort of their own home. But if you were to wake up one morning (or afternoon) and say you wanted to work from the new café around the corner, then you could also certainly do that. Working anywhere really does mean you can work by the beach, in transit, or even on a park bench. You can work wherever your productivity is at its peak.

As a freelance translator, you can set your own terms and define what work-life balance means to you. There are those of us who have never quite fit into the 9-5 workday mold or the “normal” 5-day week.

Perhaps one of the biggest perks about freelance work as a translator is all the money you don’t spend on the commute to the office in the city. There is no more need for the daily shuttle from office to home. Not stressing over the commute also means never worrying about the weather and having to brave the elements.

Yes, there are plenty of telecommuting jobs that are just as convenient and cost-effective, but because of the service you will provide as a freelance translator, yours will be rewarding.

As for “the look” some get when they say that they work from anywhere; You can always say, “I can do my job so efficiently that a boss doesn’t need to constantly look over my shoulder as I work. And because of that, I have rewarded myself the luxury to choose where I work, when, and how often.”