The Ins and Outs of German and French UEFA Football Terminology 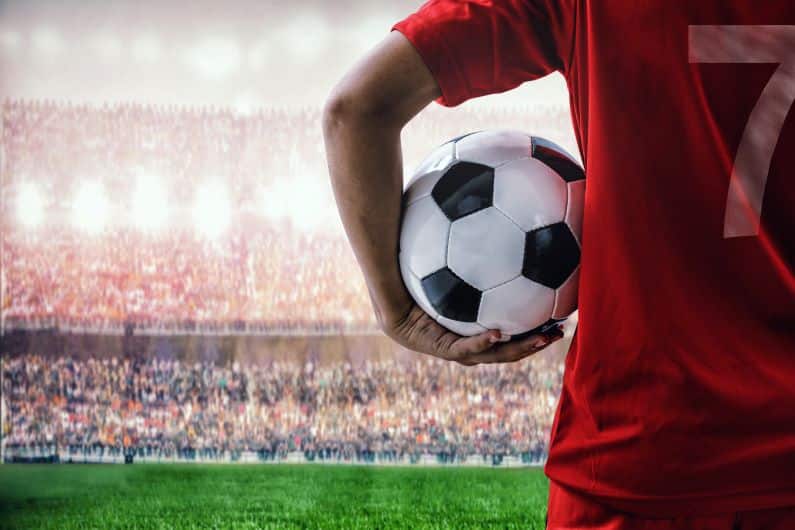 The UEFA European football championship sends emotions soaring with the thrills of competition. While countries compete against countries, good sportsmanship can also bring countries and people together. Sports translations are an important part of this.

Inspired by the 2016 UEFA championship, here are some fun facts around football terminology auf Deutsch and en français. There’s also a few common “faux amis” (false friends) to be aware of when using the two languages.

One of the funniest faux amis for a French speaker while watching a German match may be the term “das Trikot,.” In German, this noun refers to a sports jersey. In French, however, “le tricot” is a dressy sweater.

“I always picture the players running across the field in a smart cardigan instead of a football jersey,” says Eva Korb, the multimedia coordinator at the Goethe-Institut.

Ms. Korb just produced a series of free German-French learning materials on the UEFA Euro 2016, or Europameisterschaft – a word that’s a mouthful, as are many German nouns!

I asked Ms. Korb about how she handles the long German nouns when doing sports translations.

“Obviously, German is a very creative language when it comes to playing word-lego! I often enough encountered problems while translating a German word into French or English.

Sometimes I had to add a proper subordinate clause or something similar to express what I actually wanted to say. As annoying as this circumstance can be at times, I count it as one of the beautiful sides of each language – something unique that can’t be translated. There are so many aspects of language that cannot be translated mechanically,” reported Ms. Korb.

What inspired the production of the UEFA German-French learning materials? Ms. Korb said that, “we wanted to support the German teachers during the championship, since we know that it is often quite hard to motivate the kids just before the big holidays and with so many matches that consume all their attention.”

The materials are also helpful to translators and fun for any sports enthusiast. The materials are aimed at young adults and kids, making them fun for adults, too! Articles introduce foreign words and phrases but also include a lot of fun facts. Fun sports translations highlights include “les faux amis” section or absurd quotes.

Being a word nerd, I found a few German words in the materials that Google translator provided incorrect definitions for (Rechtsschuss, Kopfball, Zweikampfstark, even Europameisterschaft itself!).

I asked Ms. Korb what her experience has been with online translators and translation programs.

As a lover of the German language, I poked around quite a bit with the UEFA football terminology and found another funny problem. If one doesn’t use the German double-S ‘ß’ letter in Google translate, confusion sets it. For example, “Freistoß” (free kick) becomes mistaken for “Freistoss” (free shock)!

“Of course, that can happen quite easily. Especially when it comes to an area or field, you don’t know a lot about. But that’s the problem with the automatic translators, isn’t it? They don’t give you a lot of options so you’re stuck with one version, not knowing whether it’s correct. I actually don’t even recognize the meaning of the second word in German except for the football-related one.”

When one word says it all

I loved one French article in the UEFA materials with the German title, “Tooooooooooooor!” (Goal!). A perfect sports translation.

I asked Ms. Korb about how she accounts for not just mechanical translation, but cultural translation. That is, this particular section did a great job, with just one word, of capturing the Germans’ robust enthusiasm around football.

“There are certain things you can only fully express in their meaning in one language. Often enough it’s the setting and the context that count a lot. As for football in German: We have a lot of commentators – probably all – who would yell “Toooooooooooooor” when someone is scoring a goal. I never heard a French commentator yell “Buuuuuuuuuuuuuuut” – but maybe that’s just me. Then again, this is an example for oral expression and not the written one.

For the translation of written language, I will put forward the classic example of “Gemütlichkeit”. That word is basically untranslatable and you will always have to describe or paraphrase it. Sometimes, languages simply adapt the German word, e.g. “Zeitgeist” in English and French. I think that tells you a lot about the culture of the people and that is one of the reasons why it is a great perk to know as many different languages as possible – language is culture and vice-versa,” reported Ms. Korb.

Do German and French have dialects?

The answer is a resounding yes! German has not just dialects but also varieties. These are different enough to be considered by some separate German languages.

On an end note, my favorite faux amis presented in the UEFA Goethe-Institut material is “die Blamage.” This is a French-sounding word which the Germans simply made up! German speakers use it to mean fiasco, which the French call a débâcle.

If you want to avoid your football or other specialized sports translations from being a débâcle, I suggest avoiding Google translate for even the quickest translations, and definitely for the “lego-block” nouns in German. Among other things, Google couldn’t tell me what “Europameisterschaft” meant. Hopefully you do by now?