A Brief Guide to Scandinavian Languages 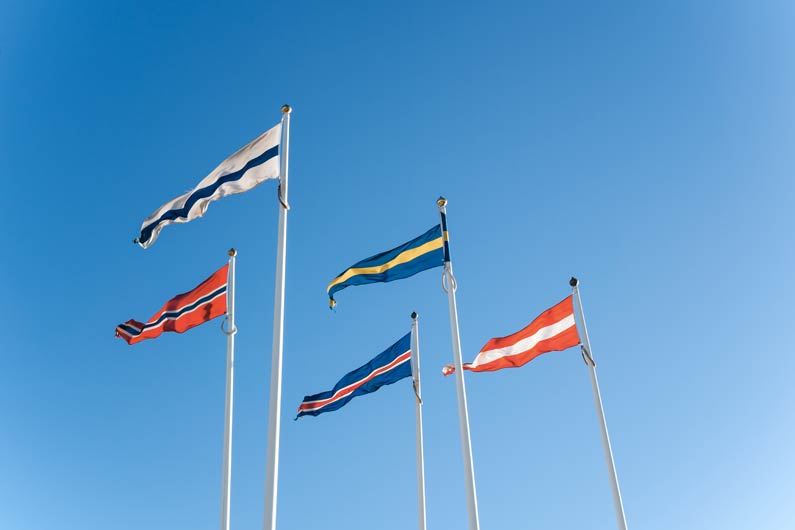 If you want to learn more about Scandinavian languages this article has lots of useful information to give you a great introduction to the topic.

Whether you want to become bilingual, travel in Scandinavia or even market your business to these countries, knowing more about this group of languages will help you to get a little bit closer to choosing the correct next step for your future plans.

As a great starting point, we’ve collated some information about Scandinavian languages that we know you’ll find really useful. With this handy intro to such a rich and diverse group of languages, you’ll feel much more able to take the next step on your language-learning journey:

What are the Scandinavian languages?

Finnish is an entirely different language altogether and forms part of a language family called the ‘Finno-Ugric’.

When it comes to languages inside and outside of the region, Danish, Finnish, Norwegian, Icelandic and Swedish are official languages of the region. Faroese, Greenlandic and Sami form part of the Scandinavian group of languages due to their location, culture and identity.

Are all Scandinavian languages mutually intelligible?

Some languages can be understood by people who speak other languages from that language family. This is often because the languages are so similar.
Danish, Swedish and Norwegian are examples of this and so, people from those three countries of origin tend to be able to at least understand the other languages easily when it comes to the written word.

The Icelandic and Faroese are similarly not really understood by Scandinavians apart from a few words. In general, it’s Danish and Norwegian that are most often to some degree interchangeable in written form because the words are similar but spelled slightly differently.

In spoken form, Swedish and Norwegian are also very similar in terms of sound, despite being totally different in written form. When it comes to speaking in their native tongue and understanding another language, in many cases people speaking different Scandinavian languages can understand each other to some degree.

How many people speak Scandinavian languages?

Which is the easiest Scandinavian language to learn?

In general, Scandinavian languages are no harder to learn than German or French in their complexity. So, if you plan to learn any Scandinavian language you can choose the most popular, or the one most relevant to your travels without worrying you’re taking on a really challenging language.

The only exception to this rule is Icelandic. Icelandic has actually been ranked as one of the most difficult languages for people who speak English to learn. The words are lengthy, grammar is complex, and pronunciation is totally alien to many English words. Therefore, if you’re looking to translate something into Icelandic or arrange Icelandic subtitling, you really should consult professionals.

Which language will you choose?

Scandinavian languages are diverse, mostly easy to learn and in general, relatively similar. For the best results, there are lots of resources online to help you take the next step so be sure to check them out, and above all, enjoy the experience of learning a new language!