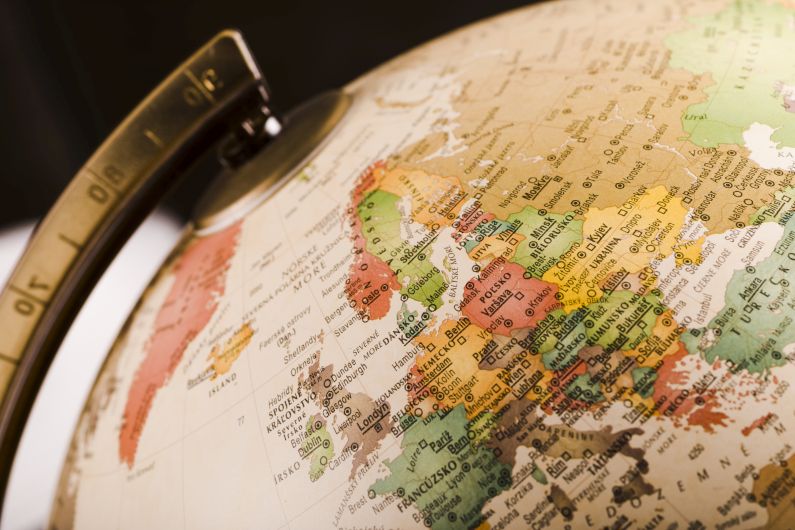 Have you ever heard of the term ‘languages of lesser diffusion’? It is generally used to refer to languages that have a relatively small number of native speakers and are rarely learned by non-native speakers, as well as endangered or vulnerable languages, of which there are approximately 2580 worldwide.

In this post, we will shine a spotlight on three languages that, although very much alive and well, can be described as having lesser diffusion: Estonian, Latvian, and Lithuanian.

All three are official EU languages, and, according to the US census released in 2015, the combined total of Estonian, Latvian, and Lithuanian speakers in the states is approximately 62 thousand. Most of us study Spanish, French, or German at school and don’t consider learning a lesser diffusion language, and subsequently miss out on some real linguistic gems. Perhaps by the end of this post, you’ll be inspired to start studying Estonian, Latvian, or Lithuanian.

Estonian at a glance

Estonian is a Uralic language spoken by around 1.1 million people. It is similar to Finnish, rather than the Indo-European languages of Russia or Latvia, which border Estonia.

All three Baltic countries have long histories of occupation, most notably by Russia and the USSR, which has influenced their linguistic identities. Estonian did not become the official language of Estonia until 1988, some three years before the Republic of Estonia was re-established on the 20th of August 1991.

Estonian: one of the most difficult languages to learn

The Estonian language has eight dialects and around 120 sub-dialects. Like English, Estonian uses the Latin alphabet, with the addition of letters such as Õ, Ä, Ö, and Ü. Fascinatingly, the letters F, Š, Z, and Ž are known as “foreign letters” (võõrtähed) and are only used in loan words and foreign proper names.

Estonian has no gender or future tenses, but don’t be fooled into thinking that makes it an easy language to learn. Its 14 noun cases are just one of the reasons that Estonian is regularly declared as one of the most difficult languages for English speakers to learn.

Another feature of Estonian that makes it challenging for English speakers is the seemingly endless vowels and the dearth of consonants. This aspect of the language leads to some particularly curious-looking words. Here are some of our favorite words in Estonian translated into English:

Jää-äär – edge of the ice

Jalalaba – sole of the foot

The Eastern Baltic languages include Lithuanian, Latvian, and Latgalian. There is some debate about whether Latgalian, mainly spoken in the Eastern part of Latvia known as Latgale, is an independent language or a Latvian dialect. Like Estonian, Latvian uses a modified Roman script. It has 33 letters in its alphabet, including 13 with diacritic marks. However, the letters q, w, x, or y do not feature.

The official language of Latvia

Latvia declared a Restoration of Independence in 1991, and Latvian became the country’s official language in the same year. Latvian is principally spoken by Latvia’s ethnic population known as Lets, who make up around 59% of the population. Russian is also widely spoken in Latvia, with around 29% of the population speaking the language. There are around 1.3 million native Latvian speakers in Latvia and around 16 000 speakers in the US.

If you plan to visit Latvia to explore its charming towns and the beautiful countryside, the following basic phrases translated from Latvian to English will come in handy:

Kā jums klājas? – How are you?

Kur ir dzelzceļa stacija? -Where is the train station?

Lithuanian: one of the oldest languages in the world

At around 5000 years old, Lithuanian is considered one of the oldest languages in the world. It retains numerous archaic features, many of which are believed to have been present in the early stages of the Proto-Indo-European language. It’s hardly surprising then that Lithuanian has strong links to Sanskrit, Latin, and Ancient Greek.

The official language of Lithuania

Lithuanian idioms that will make you smile

As well as being one of the most fun things to learn about a language, idioms can tell us a lot about a country’s culture. Take a look at these fantastic idioms in Lithuanian and their English meanings:

Žodis – sidabras, tyla – auksas – Literal meaning: the word is silver, the silence is gold. Used when someone is talking too much.

Kaip šuniui penkta koja – Literal meaning: like a fifth leg for a dog. Used to describe a purchase or action that is pointless. It can also be translated as ‘the third wheel.’

Eiti pas nykštukus – Literal meaning: go and visit the dwarves: Means to go to the bathroom.

Ryti akimis – Literal meaning: swallow with your eyes. Means to enjoy the view

Neperšokęs griovio, nesakyk ‘op’- Literal meaning: don’t say “op” before you jump over the ditch. Similar to the English idiom ‘don’t count your chickens before they hatch.’

We hope that you’ve enjoyed learning about these three fascinating languages, which are rarely studied by English speakers. If your company is considering expanding into Estonia, Latvia, or Lithuania, you will need an experienced professional translation service such as BeTranslated. For more information or a free, no-obligation quote, contact us today.