More than Words: Tips for Creating a Multi-Language Website 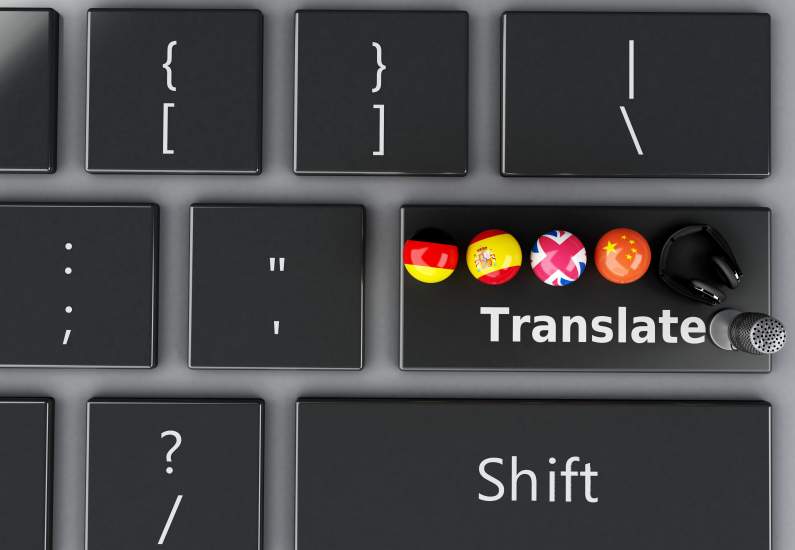 It is a fact that 55% of customers prefer to shop in their native language. If this number doesn’t convince you that you need a multi-language website for your company or e-commerce business, here’s another: famous marketer Neil Patel increased his traffic by 47% by translating his blog. A site in several languages can be a great asset. But what’s the correct way to design such a site?

Use the same branding and layout

When the visitor switches language, the site should look more or less the same as before. Colors, fonts, page structure, logos – everything should remain the same. For instance, compare these two regional Acer websites, one in Hungarian and the other in Romanian:

Consider that the same text can become much longer in another language. This is called the expansion and contraction factor. For example, the same English text can become 30% longer when translated into German and 30% shorter in the Finnish translation. Your page design should be able to accommodate these differences.

Maintaining the same look and feel doesn’t mean that all the content on your multi-language website must remain the same, though. Keep in mind that a different language means a different culture – see the next tip for details.

One domain or several?

There are two approaches to different language versions of a site:

Which one you should choose depends a lot on the size of your company.

Startups usually need to accumulate authority for their SEO – and save resources at the same time. If you are a young company, a single website is better. First, because your SEO authority will apply to all separate language versions. Second, because you’ll just need to pay for one hosting account.

For a large, mature company, having regional domains can help branding. The key challenge here is choosing a fast hosting provider for each site. Otherwise, you risk some regional websites being slower than others, affecting user experience.

Try to localize, not just translate

There’s a difference between translation and localization. When you localize a multi-language website, you go beyond the words. You try to adapt the site to the cultural preferences of another country. This includes:

– Image choice: avoid pictures that can offend. For example, people in a conservative country won’t like seeing a picture of a girl wearing a bikini.

– Word choice. When Coca-Cola launched its Share a Coke campaign, it used first names from 100+ different countries. But in the Chinese version, popular nicknames were used instead, because there are too many first names in Chinese. 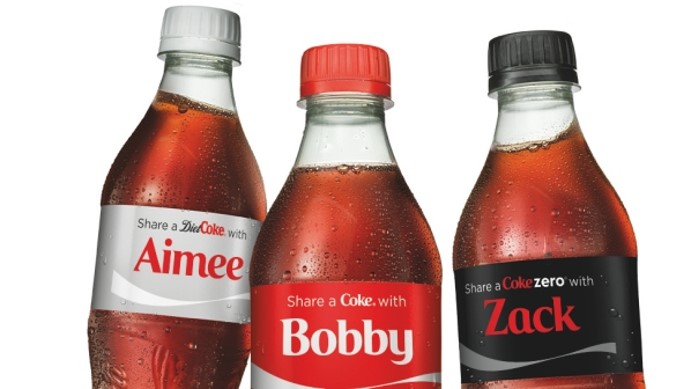 – Page design. If your site uses F-patterns to organize content, you’ll need to reverse it for languages that read right to left, like Arabic – Encoding. Your site should correctly display all the special characters used by your target language.

Finding the language switcher shouldn’t be a quest. It should be intuitive, obvious, and quick. Visitors are used to finding it in the top right corner – so place it there. Here’s a good example from TransferWise: 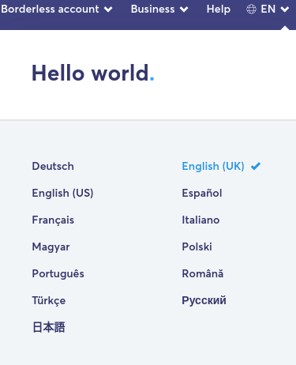 Note that the list includes full language names, not just abbreviations like IT and FR. Plus, they are written each in its own language – for example, Magyar and not Hungarian. This is easier for users who aren’t too comfortable with English.

What about flags, though? Some sites use flag icons instead of language names to make the design more minimalist. Here’s what it looks like:

If you have only 2 or 3 languages on your site, then flags are ok. Still, it is advised to avoid flags – for 2 reasons:

1) Some flags are very similar – for example, Croatia and the Netherlands. Your visitors can get confused.

2) A flag refers to a country, and one country can have several languages (India, for example).

Which language should you show by default?

Just because someone is viewing your site from Japan doesn’t mean they speak Japanese. People travel and move all the time. So their IP address or the language of their browser won’t tell you which language your users prefer.

Many companies will serve a regional version of the site based on the user’s location. Big brands like Uber, Nike, Pepsi, Microsoft, etc. all do this.

It’s OK to show a regional site first – as long as you remember that some users will want to switch the language at once. Unfortunately, businesses often don’t realize this. For example, anyone who visits the Microsoft website from Italy will see this:

To switch to English, the poor visitor needs to scroll all the way down to the footer. The switcher is at the very bottom, next to the privacy policy and sitemap.

The rule from Tip no. 4 also applies here. If you decide to show a regional version based on the location, make your language switcher very obvious. Perhaps the best thing to do is to store the visitor’s last chosen language using a cookie.

Provide your translator with links to the site

All too often, a client will send the translator an Excel file with all the website’s text in it. CTAs, buttons, error messages, image captions – all will be lumped together in this file. Taken out of context, such things can be difficult to translate. The translator will need to see how the text looks on the site.

Here’s an example: the icon and the number are contained in an image, so the bulk text file would include only the phrase ’employees in total’. 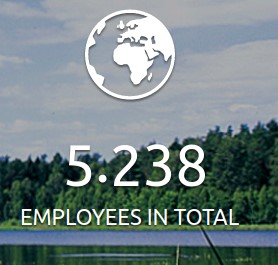 How should one interpret it without seeing the picture? Remember, many languages have cases. So the word ’employees’ would be inflected depending on the situation. In Russian, for instance, ‘8000 employees’ becomes ‘8000 of employees’ – the actual word changes form.

It’s best to include links to all relevant pages and forms. If you want your user dashboard translated as well, give the translator login details to a sample account.

Designing a multi-language website is much more than translating the words. You’ll have to recreate your site piece by piece, adapting it to a different mentality and culture. It’s a sensitive process that will require a combined effort from your translator, web designer, and possibly a local consultant. Pay attention to every detail – after all, your international business might depend on it.

Are you looking for a reliable translation service with lots of experience to translate your website into a variety of languages? Look no further than BeTranslated. Get in touch today for more information or a free, no-obligation quote.